microsoft  is getting money  from software companies by incorporating softwate in windows 10 to render copied or fake registered software from these companies useless.
This happens since windows 10 20H1.
So do not remove your older windows isos, you may need them.
This way  windows 10 is not only a enormous spying machine, it will become
a big software policiman
Have a look at the size of the latest isos,those are growing enormous.
This is no coincidence

more_horiz
You think this is something new? But you have it backwards, MS isn't paying anybody anything, it's the other way around. If you are a company that wants to sell software, or even hardware of some kind, and it needs to be compatible with Windows, YOU have to pay THEM, and it wont be cheap. Failure to do so, and your software and or the drivers for your hardware will be screened out as a "threat", and won't be allowed to run on it. THAT is why said hardware drivers HAVE to be "digitally signed".
Do you know the difference between an Apple Ipod and any other generic MP3 player? An MP3 player plays all the common music formats, and you can load music on it from your own collection as you see fit. Apple made their Ipod only recognize a proprietary format, and the only way to load music on it is to BUY it from THEM if you want to listen to it on your Ipod, even if you already own it. It's about the same thing.

Not surprisingly, they will offer breaks to software developers willing to help them force their users into paying for the "right" to use their own computers the way they want to whenever they can. You have to pay to pay, it's the modern American way, as they say.

If MS made cars, you would also have to buy your fuel from their pumps, and it would cost twice as  much.

This is also why the ink for your printer comes in really expensive cartridges that only hold a drop of ink.
ClayStation 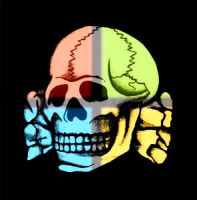 That microsoft  get paid for making copied or  false  registrations of software useless is new.

But I am going to break down  windows 10

onecore i already removed for 99.99 %
all rermote, updates ,store , xbox, games, multimedia etc i am going  to remove  to get a simple O.S  with no microsoft  interference